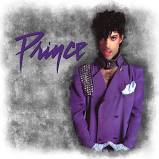 Carla Yvette Savage-Wells, cherished daughter of the late Harold and Rozelma Hunte Savage, was born on May 31, 1959, in Nassawadox, VA. After a brave and dignified fight with cancer, Carla gained her wings on October 25, 2020, at her home in Virginia Beach, VA.

Carla was educated in Accomack County Public Schools and graduated from Onancock High School in 1977. In 1981 she received a Bachelor of Science Degree in Speech Communication from Old Dominion University. While residing in the Hampton Roads and Richmond areas, she was employed as a fitness instructor, car salesperson and insurance agent.

In 1995, Carla met the love of her life, Norm Wells and they were married within six months. Shortly afterward they relocated to the Eastern Shore and five years later welcomed Sheridan, their greatest blessing.

Carla found her niche as an educator at Nandua High School in 1996 where she taught for twenty-two years. During her tenure, she was a very successful forensics coach; leading teams to win 10 Regional Championships and the State Championship in 2008. Recently, Carla was inducted into Nandua’s 2020 Athletic/Academic Hall of Fame. The family moved to Virginia Beach in 2018 where she began her twenty-third year as an educator and was warmly welcomed by the Kempsville Middle School Braves.

Carla joined Macedonia AME Church at an early age and in recent years served faithfully as a Lay Organization member, Class Leader, and Choir Director; occasionally blessing the congregation with a melodious solo. Her versatility led to community service; assisting with fundraising activities for the Literacy Council, the Eastern Shore Public Library Foundation, the Mary N. Smith Cultural Enrichment Center, the Desegregation of Virginia Education project, the Historical Society and many other causes. She enjoyed performing in North Street Playhouse productions such as Grace and Glory, Return of the Divas and Crowns, to name a few. Carla displayed quick wit, laughter and an outgoing manner that afforded her many lifetime friendships. She loved dancing with Norm, shopping, posting photos on Facebook and singing. Carla is now singing in the heavenly choir.

Carla’s family and friends are in the process of establishing The Carla Savage-Wells Scholarship.  The scholarship will benefit graduates of Nandua High School.  If you are interested in working on this endeavor or in donating, please email us at cswscholarshipfund@gmail.com

Submitted with Love and Thanksgiving

The Memorial Service will be livestreamed at 1:00 on Keith Matthews Funeral Home Facebook page https://www.facebook.com/keithmatthewsfuneralhome/

To send flowers to the family or plant a tree in memory of Carla Savage-Wells, please visit our floral store.